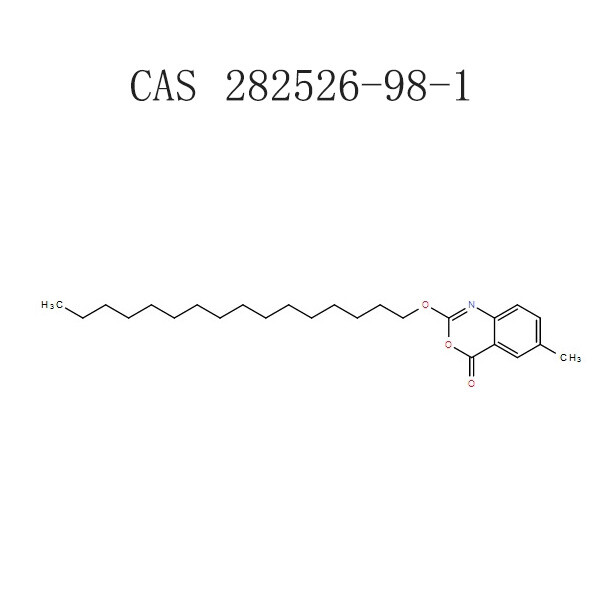 Cetilistat powder is a novel inhibitor of pancreatic lipase being developed by Alizyme for the treatment of obesity and associated co-morbidities…..

Raw Cetilistat powder is a novel pancreatic lipase inhibitor developed by Alizyme for the treatment of obesity and diabetes and other diseases. It acts by inhibiting pancreatic lipase, an enzyme that breaks down triglycerides in the gut. Prevents fat (triglycerides) in food from being metabolized and converted into free fatty acids that can be absorbed by the body. Raw Cetilistat powder significantly reduced weight with and was better tolerated than orlistat.

Cetilistat, also known as ATL-962, it is a novel inhibitor of pancreatic lipase being developed by Alizyme for the treatment of obesity and associated co-morbidities, including type 2 diabetes. It acts in the same way as the older drug orlistat (Xenical) by inhibiting pancreatic lipase, an enzyme that breaks down triglycerides in the intestine. Without this enzyme, triglycerides from the diet are prevented from being hydrolyzed into absorbable free fatty acids and are excreted undigested. This medicine should be taken along with a healthy low-fat diet and an abundant amount of exercise to achieve the best possible results.

In human trials, cetilistat powder was shown to produce similar weight loss to orlistat, but also produced similar side effects such as oily, loose stools, fecal incontinence, frequent bowel movements, and flatulence. It is likely that the same precautions would apply in that absorption of fat-soluble vitamins and other fat-soluble nutrients may be inhibited, requiring vitamin supplements to be used to avoid deficiencies.

Cetilistat powedr was approved by Pharmaceuticals Medical Devices Agency of Japan (PMDA) on September 20, 2013. It was developed by Norgine and Takeda, then marketed as Oblean® by Takeda in Japan.

Cetilistat powder is a weight loss powder used in combination with a low calorie diet. Cetilistat is a gastrointestinal lipase inhibitor, it works by blocking a substantial amount of fat from being digested and absorbed into the body. This weight loss powder is classified as a lipase inhibitor and it works directly on the digestive system where it blocks the action of a lipolytic enzyme called lipase. These lipases are what the body uses to digest the fat.However, when this medicine is administered alongside a meal, it binds to the lipases, thereby inhibiting them from breaking down the fat. Fats which are not hydrolyzed are instead excreted in the feces, resulting in increased fecal fat excretion and reduced fat absorption. When used together with a reduced calorie diet, it can help improve weight loss and make it easier for overweight patients to get back in shape, thereby boosting the chances of successful weight loss. Its using way is same as older orlistat powder by inhibiting pancreatic lipase.

▪ Well tolerated compared to other drugs

Cetilistat powder is available as tablet for oral use, containing 120 mg of free Cetilistat. The recommended dose is 120 mg three times a day immediately after each meal. The medicine is taken with meals to ensure that it can work while the food is being digested, so that the absorption of fat from the diet can be effectively reduced.

Patients undergoing treatment for obesity with Cetilistat powder could suffer from side effects. You must inform your physician if this happens. There are some side effects for reference:

▲ Pain in the stomach

Although mild reactions are generally considered to be more common, serious adverse events may also occur. Consult your physician immediately should this occur.