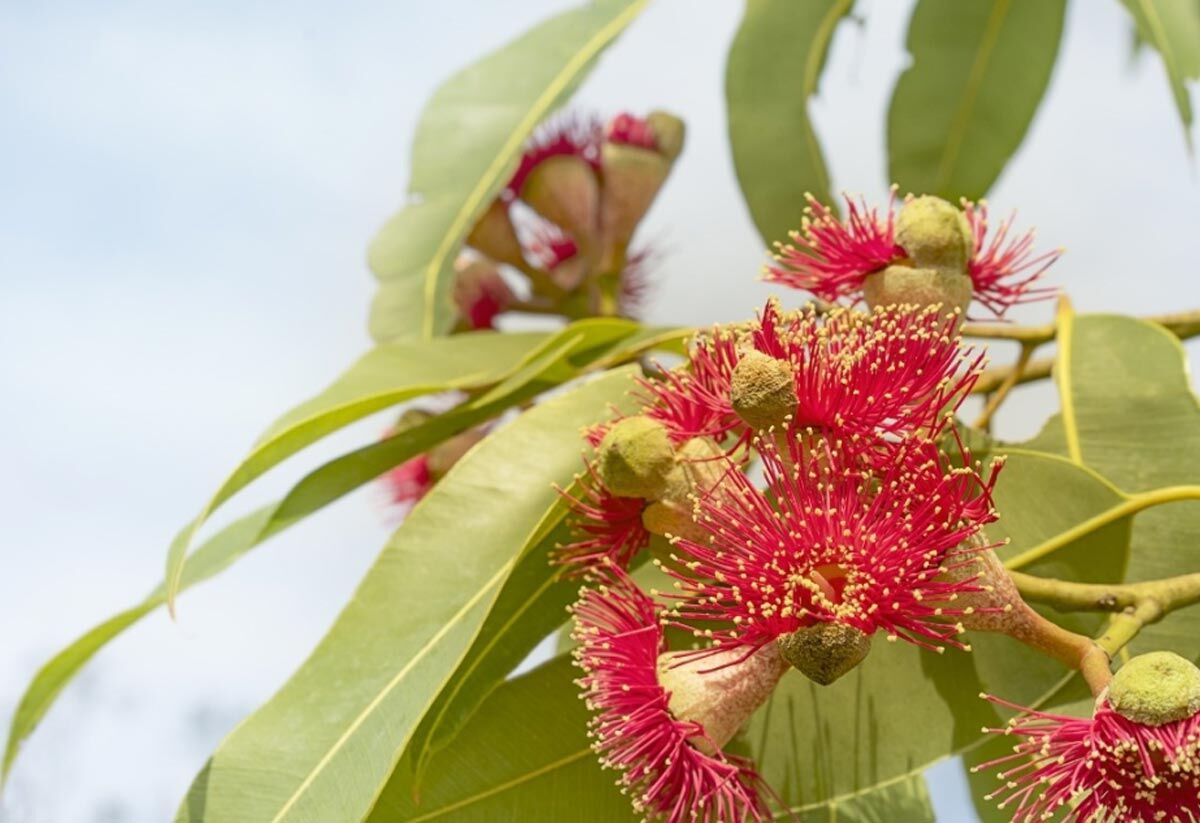 Pterostilbene is a crucial chemical naturally produced during the life of some plants as a way of fighting infections. This compound is similar to another compound known as resveratrol and is readily available in supplement form. Pterostilbene supplements are highly bioavailable. This means they can be absorbed in the body easily and quickly and are not degraded in the process of digestion. Pterostilbene powder is also efficient, yet its half-life is very short since it is under 100 minutes. 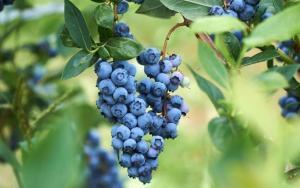 Pterostilbene shows effective antifungal activities that are ten times more powerful than resveratrol. Pterostilbene compound also shows antiviral effects. Plant protection from several pathogens seems to be a crucial mechanism of stilbenes, including Pterostilbene, and these activities extend to animals and humans as well.

Antioxidative properties of Pterostilbene are very different from that of resveratrol. In resveratrol, the three hydroxyl groups neutralize ROS (reactive oxygen species) in isolated lymphoblasts and whole blood while Pterostilbene, which has 1 hydroxyl group and 2 methoxy groups decreases extracellular ROS. The localization of antioxidation properties enables the use of Pterostilbene powder to target extracellular reactive oxygen species, which causes tissue damage during chronic inflammation.

Below are more pterostilbene mechanisms of action discussed in details;

Pterostilbene stimulates a SIRT1 signaling pathway in cells that offer protection against cellular damage, thereby activating it. This pathway boosts p53 expression. P53 is a protein that protects the DNA against damage and protects cells against mutations that could cause cancer.

SIRT1 can prevent you from the damage and degeneration of cells, which progresses as you grow older.

This compound also protects against stress within part of the cellular machinery known as the E.R. (endoplasmic reticulum). In a research, when the lining of blood vessels cells was exposed to Pterostilbene powder, their lining didn’t respond to inflammation signals, and they didn’t appear inflamed.

Cancer cells utilize a pathway known as Notch-1, to prevent themselves from the action of chemotherapy medications, including oxaliplatin and fluorouracil. Pterostilbene blocks Notch-1 signaling making tumors more sensitive to treatment through chemotherapy.

Pterostilbene lowers the production of several lung cancer-promoting compounds, including MUC1, b-catenin, Sox2, NF-κB, and CD133. These effects combined decreases inflammation and make it almost impossible for the growth of cancer cells.

The three proteins assist neurons in multiplying, growing, and responding effectively to their surroundings. SNRI antidepressants also target these pathways.

Pterostilbene also boosts a protein known as Nrf2 in the hippocampus, which in turn boosts the expression of antioxidant proteins.

Pterostilbene prevents the body against Alzheimer’s disease by providing protection to the brain against beta-amyloid (Aβ). It does this by involving Akt and PI3K, two proteins that support neuron growth, memory, and learning.

Discussed below are the three most important pterostilbene powder benefits; 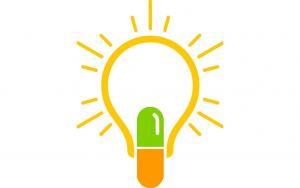 i. Pterostilbene as nootropics

As we age, new patterns of thought become more challenging to form, and memories become more difficult to access. The inability to carry out normal cognitive functions decreases too. Pterostilbene supplements can help in the creation of a rejuvenated neural environment at whatever age.

Pterostilbene is a powerful nootropic, which assists in mind relaxation and cognition enhancement. It is also taken frequently during pre-workouts because of its ability to assist in vasodilation of the blood vessels. It, therefore, offers effects similar to those of other nitric oxide boosting ingredients.

Pterostilbene nootropic benefits are believed to be as a result of its ability to boost the levels of dopamine. In rodents, Pterostilbene lowered anxiety and enhanced the mood. In a research involving aged rodents, pterostilbene supplements raised dopamine levels and enhanced cognition. Also, when the Pterostilbene was made available in the rats’ brains hippocampus, their working memory became enhanced.

In another study involving rats, Pterostilbene also enhanced new cells growth in the hippocampus. Also, stem cells extracted from young mice’s brains grew quickly when they were exposed to Pterostilbene.

According to cell studies, pterostilbene powder blocks MAO-B (monoamine oxidase B) and boosts available dopamine in our brains. This action is similar to drugs that treat Parkinson’s disease, such as rasagiline, safinamide, and selegiline. In a research, Pterostilbene also protects neurons against damage associated with A.D. (Alzheimer’s disease).

A study investigated the ability of Pterostilbene to manage obesity showed that there is a big correlation between pterostilbene supplement and weight management. The scientists believed that Pterostilbene powder has the ability to affect fat mass levels due to its potential to decrease lipogenesis. Lipogenesis is the process of creating excess fat cells. Pterostilbene also boosts fat burning or fat oxidation in the liver.

Animal and cell studies also show that the pterostilbene compound may assist enhance insulin sensitivity. What Pterostilbene does is that it blocks the process of converting sugars into fats. It also hinders fat cells from growing and multiplying.

Pterostilbene also changes gut flora composition in the intestine and assist in the digestion of food.

Rodents that were fed with Pterostilbene had a more healthy gut flora and a great boost in Akkermansia muciniphila. A. muciniphila is a bacteria species that appears to prevent low-grade inflammation, obesity, and diabetes. This bacterium has become a great focus of probiotic research recently.

Pterostilbene anti aging benefits are connected to a bioactive chemical known as Trans-pterostilbene. This chemical has been proved to reduce inflammation, reverse cognitive decline, and stabilize blood sugar. In vivo and in vitro studies support Pterostilbene’s preventative and therapeutic effects. This chemical also functions as a caloric restriction mimetic, which stimulates the body to release biochemicals, including adiponectin that slows the process of aging while promoting healing.

This anti-aging supplement is commonly known for protecting against age-related diseases, thereby extending lifespan. In rodents, low doses of these chemical lowered symptoms related to aging. The study suggested that eating plenty of pterostilbene food sources such as blueberries may delay health challenges related to old age, including dementia and cancer. 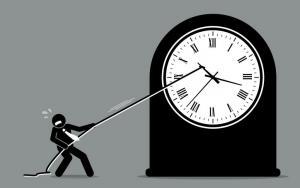 There’s no doubt that Pterostilbene and resveratrol are closely related. Resveratrol is widely known as the bioactive chemical in red wine and grapes.

The health benefits of resveratrol are similar to those of Pterostilbene and include protection against Alzheimer’s, anticancer effects, energy endurance enhancement, anti-inflammatory effects, anti-diabetes potential, and cardiovascular benefits.

Pterostilbene is actually chemically similar to resveratrol, but studies have already reported that Pterostilbene may be more powerful than resveratrol in the management of some health conditions. Pterostilbene has demonstrated more potential in enhancing cognitive function, cardiovascular health, and glucose levels.

There’s no doubt that in order to achieve the most desirable benefits of Pterostilbene, it is recommended that you take it as a powder supplement. Pterostilbene supplements are marketed in multiple natural-food stores and in online stores that specialize in dietary supplements. You can also find pterostilbene manufacturers online.

Pterostilbene supplement is mostly available in capsules form, with a wide variety of doses. You should keenly read the label or the label and note the amount of Pterostilbene in each capsule before purchasing it. This is important because different doses may show different effects.

Also, some pterostilbene supplement doses may be higher than what has been researched in human beings. The most common available doses range between 50 mg and 1,000 mg in every capsule.

As mentioned earlier, combination supplements are also available, with the most popular combination being Pterostilbene and resveratrol. Pterostilbene is also combined with curcumin, green tea, astragalus, and other natural compounds.

You can also find sunblock creams that contain Pterostilbene though this is rare. The amount of Pterostilbene needed to effectively protect you against skin cancer has not been studied, but it can offer extra protection.

6. Where to find the highest quality Peterostilbene powder?

If you’re looking for a high-quality pterostilbene powder for sale, then you’re at the right place. We are one of the most popular, knowledgeable, and experienced pterostilbene manufacturers in China. We provide pure and well-packaged products which are always tested by a world-class third-party laboratory to ensure purity and safety. We always deliver orders across the U.S., Europe, Asia, and other parts of the world. So if you want to buy pterostilbene powder of the highest quality possible, just contact us now.