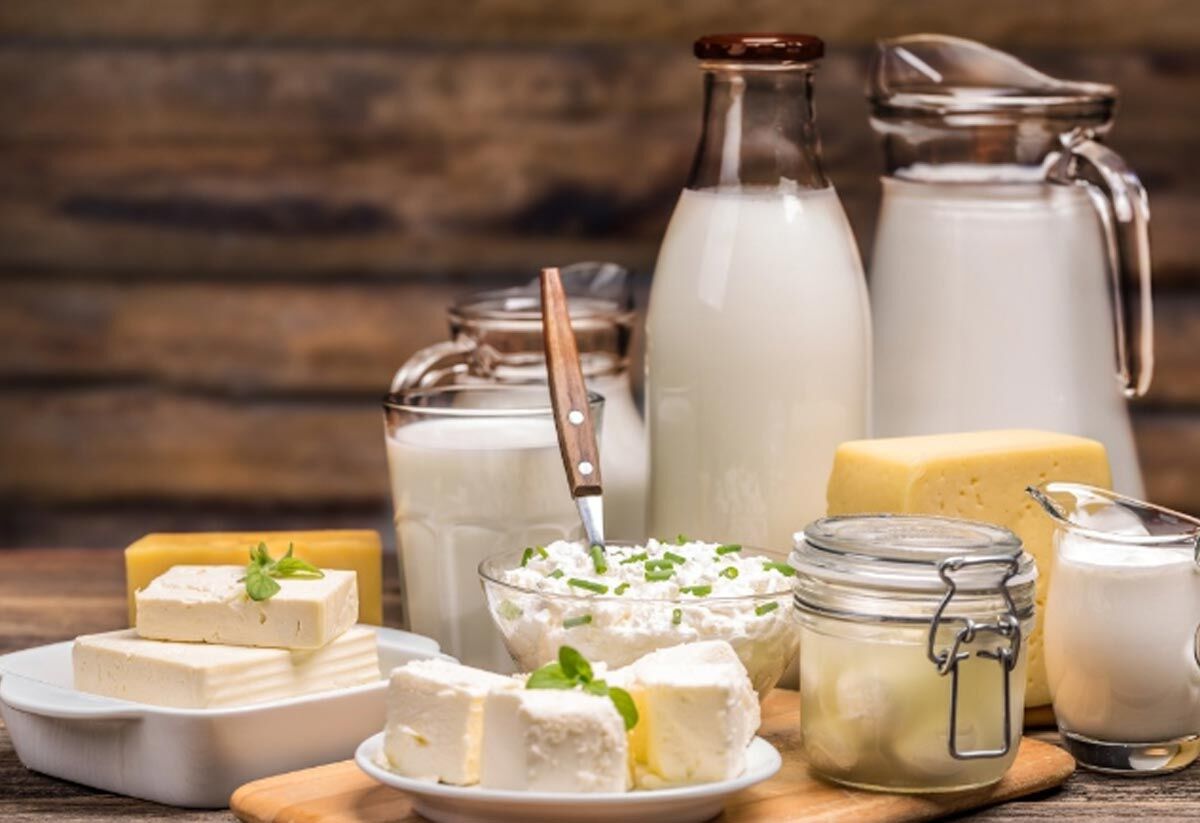 Lactoperoxidase (LPO), which is found in salivary and mammary glands, is a crucial element of the immune response important in maintaining good oral health. The most vital role of lactoperoxidase is to oxidize thiocyanate ions (SCN−) found in saliva in the presence of hydrogen peroxide resulting in products that show antimicrobial activity. LPO found in bovine milk has been applied in the medical, food, and cosmetics industries due to its functional and structural similarity to the human enzyme.

Modern oral hygiene products are being enriched with the lactoperoxidase system to offer an excellent alternative to the standard fluoride toothpaste. Because of the broad applications of the lactoperoxidase supplement, its demand has increased significantly over the years, and it is still growing. 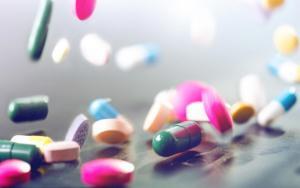 Lactoperoxidase is simply a peroxidase enzyme produced from the mucosal, mammary, and salivary glands, which works as a natural anti-bacterial agent. In human beings, the lactoperoxidase enzyme is encoded by the LPO gene. This enzyme is usually found in mammalians, including humans, mice, bovine, camel, buffalo, cow, goat, Ilama, and sheep.

Lactoperoxidase cancer management ability is associated with its ability to oxidize estradiol. This oxidation leads to oxidative stress in breast cancer cells. Lactoperoxidase function here is to cause a chain of reactions leading to the consumption of oxygen and accumulation of intracellular hydrogen peroxide. As a result of these reactions, LPO effectively kills tumor cells in vitro. Also, macrophages exposed to LPO are activated to destroy cancer cells, killing them.

The LPO enzyme functions as a natural compound of the non-immune biological defense system of mammals and it catalyzes the oxidation of the thiocyanate ion into the antibacterial hypothiocyanate. LPO can inhibit the growth of a broad range of microorganisms via an enzymatic reaction that involves thiocyanate ions and hydrogen peroxide as cofactors. Antimicrobial activity of LPO is principled on the formation of hypothiocyanite ions through the activation of enzymes. Hypothiocyanite ions are able to react with the bacterial membranes. They also cause a disruption in the functioning of particular metabolic enzymes. Lactoperoxidase kills the Gram-negative bacteria and prevents the growth and development of Gram-positive bacteria.

and glucose oxidase, and are known to be effective in cosmetics preservation. 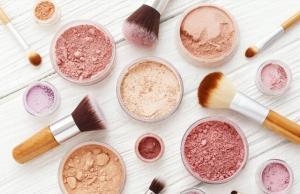 The ability of the lactoperoxidase in the maintenance of the pure quality of raw milk for a given period of time has been established in several fields and experimental studies carried out in various geographical regions. Lactoperoxidase preservative can be used to preserve raw milk obtained from different species. How effective the method is depends on multiple factors. These factors include milk temperature during the treatment period, type of microbiological contamination, and the amount of milk.

Lactoperoxidase exerts a bacteriostatic effect in mammal’s raw milk. Research data and experience from real practice show that lactoperoxidase can be used beyond the temperature limits of  (15–30 degrees Celsius) referred to in the codex guidelines of 1991. At the minimum end of the temperature scale, different studies show that activation of lactoperoxidase can delay psychrotrophic’s milk bacteria growth and thus delay spoilage of milk for more days compared to refrigeration alone. It is crucial to note that the purpose of using lactoperoxidase is not to make the milk safe for consumption but to preserve its original quality.

Practicing good hygiene in the production of milk is crucial to the lactoperoxidase efficacy and to the microbiological milk quality. The safety and freshness of milk can only be achieved through a combination of heat treatment of milk and good hygienic practices independent of using lactoperoxidase. 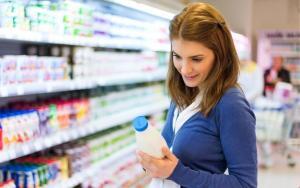 Studies have shown that in addition to having antiviral effects, Lactoperoxidase can also protect animal cells from various damages and peroxidation, and it is also an important component of the defense system against pathogenic microorganisms in the digestive system of newborn infants.

What is the Lactoperoxidase System?

The lactoperoxidase system plays an important role in the innate immune system, it can kill bacteria in milk and mucosal secretions and may have therapeutic applications.

In food and health care products, addition or augmentation of the lactoperoxidase system sometimes be used for controlling bacteria.

How does it work?

The LPS consists of the production of the anti-bacterial compound from the SCN¯catalysed by the LPO in the presence of hydrogen peroxide. The said lactoperoxidase antimicrobial activity is naturally found in several body fluids such as gastric juice, tears, and saliva. The two essential constituents for the antimicrobial system, which are hydrogen peroxide and thiocyanate, are present in milk in different concentrations, depending on the species of animal and the feed given.

In fresh milk, the antimicrobial activity is weak and stays for as little as 2 hours since the milk only contains suboptimal levels of the hydrogen peroxide and thiocyanate ion. Thiocyanate is added which is oxidized in a 2 electron reaction yielding hypothiocyanite

Thiocyanate functions as a cofactor for the Lactoperoxidase system. As a result, the number of oxidized sulfhydryls in total is independent of thiocyanate ion as long as

As a result, thiocyanate reactivates the anti-bacterial effect of the lactoperoxidase system in fresh milk. This extends the shelf life of fresh milk under tropical conditions for seven to eight hours.

The anti-microbial activity of the lactoperoxidase system is seen in the bactericidal and bacteriostatic action of some microorganisms found in raw milk. Its bactericidal mechanism works in that the thiol group found on the microbial cells’ plasma membrane is oxidized. This results in the plasma membrane structure’s destruction leading to the leakage of polypeptides, potassium ions, and amino acids. The uptake of purines and pyrimidines, glucose, and amino acid by cells is inhibited. Synthesis of DNA, RNA, and proteins are also inhibited.

Different bacteria show different degrees of sensitivity to the lactoperoxidase system.  Gram-negative bacteria, like Salmonella, Pseudomonas, and Escherichia coli, are inhibited and killed. Lactic acid bacteria and Streptococcus are only inhibited. Destruction of these bacteria by the lactoperoxidase system causes leakage of some nutrients, hindering bacteria from taking in nutrients, and this leads to the decline or death of bacteria.

LPS is believed to be effective in the treatment of gingivitis and paradentosis. LPO has been used in a mouth rinse to lower oral bacteria and, as a result, the acid produced by these bacteria. Antibody conjugates of the lactoperoxidase system and glucose oxidase have shown to be effective in destroying and consequently killing tumor cells in vitro. Also, macrophages exposed to the lactoperoxidase system are activated to destroy and kill cancer cells.

Different clinical studies explaining the effectiveness of the LPS in toothpaste have been documented. After indirectly showing, using measuring experimental caries conditions parameters, that lactoperoxidase toothpaste containing amyloglucosidase (γ-amylase) has beneficial effects in oral care. Enzymes such as glucose oxidase, lysozyme, and lactoperoxidase are transferred directly from the toothpaste to the pellicle.

Being constituents of the pellicle, these enzymes are highly active catalytically. Also, the LPS has a beneficial effect of preventing against early childhood caries by lowering the number of colonies which are formed by the cariogenic microflora as it boosts the concentration of thiocyanate.

With xerostomia patients, lactoperoxidase toothpaste is more superior compared to fluoride toothpaste when it comes to plaque formation. The application of LPS is not restricted to periodontitis and caries. A combination of lactoperoxidase and lysozyme can be used in the burning mouth syndrome treatment. 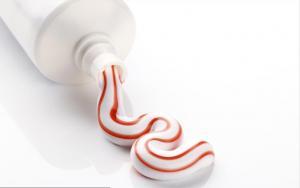 Lactoperoxidase antimicrobial activity plays a crucial function in the immune system. Hypothiocyanite is a reactive component produced by lactoperoxidase activity on thiocyanate. Hydrogen peroxide is produced by Duox2  proteins (dual oxidase 2). Thiocyanate secretion in patients with cystic fibrosis is lowered. This results in a reduction in the production of the antimicrobial hypothiocyanite. This contributes to a higher risk of airway infection.

The LPS inhibits helicobacter pylori efficiently. But in whole human saliva, LPS shows a weaker anti-bacterial effect. The LPS doesn’t attack DNA and isn’t mutagenic. But, under particular conditions, the LPS may cause slight oxidative stress. It is proved that LPO in the thiocyanate presence can trigger the cytotoxic and bactericidal effects of hydrogen peroxide under particular conditions, including when H2O2 is present in the mixtures of the reaction in excess of thiocyanate.

In addition, because of its strong and effective antibacterial properties and high heat resistance, it is used as an antibacterial agent for reducing bacterial communities in milk or milk products and as an indicator of milk ultra-pasteurization. By activating the lactoperoxidase system, the shelf life of refrigerated raw milk can also be extended.

And, the hypothiocyanate produced by lactoperoxidase can be used to inhibit herpes simplex virus and human immunodeficiency virus. 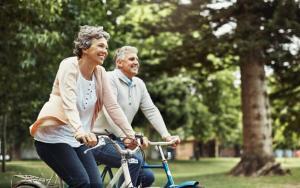 Is it safe for human and animal health?

Fifteen years of field studies in developing and developed countries were carried out and examined by the FAO/WHO JECFA (Joint Experts Committee on Food Additives). After these in-depth and substantial studies were completed, the use of the lactoperoxidase system in milk preservation was approved by the FAO/WHO JECFA (Expert Committee on Food Additives). The experts also pronounced this method as safe for both human and animal health.

The LPS is a natural constituent of gastric juice and saliva in humans and, therefore, safe when used in adherence to the Codex Alimentarius Commission’s Guidelines. This method doesn’t affect the lactating animals whatsoever. This is because the treatment is done only after the milk is extracted from the teat.

It is evident from our discussion that lactoperoxidase and lactoperoxidase system are very effective and highly useful in a wide range of applications. If you are looking to make a perfect lactoperoxidase buy for your research or drug development, look no further. We have the ability to process lactoperoxidase bulk orders in the shortest time possible and ship them to the U.S, Europe, Canada, and several other parts of the world. Feel free to contact us for more information.