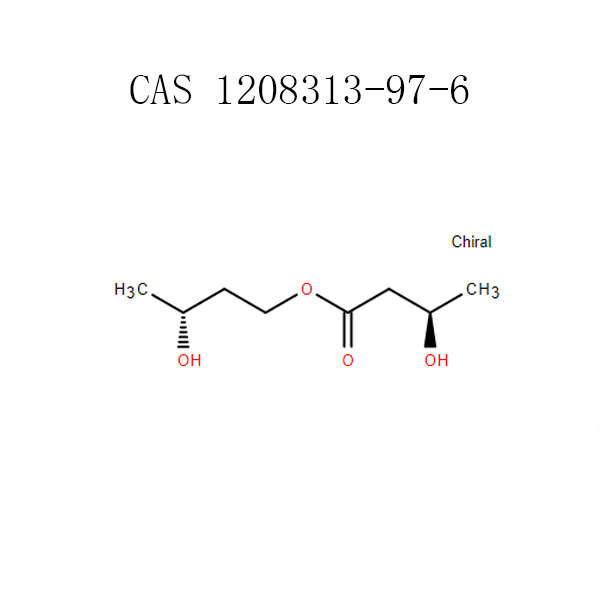 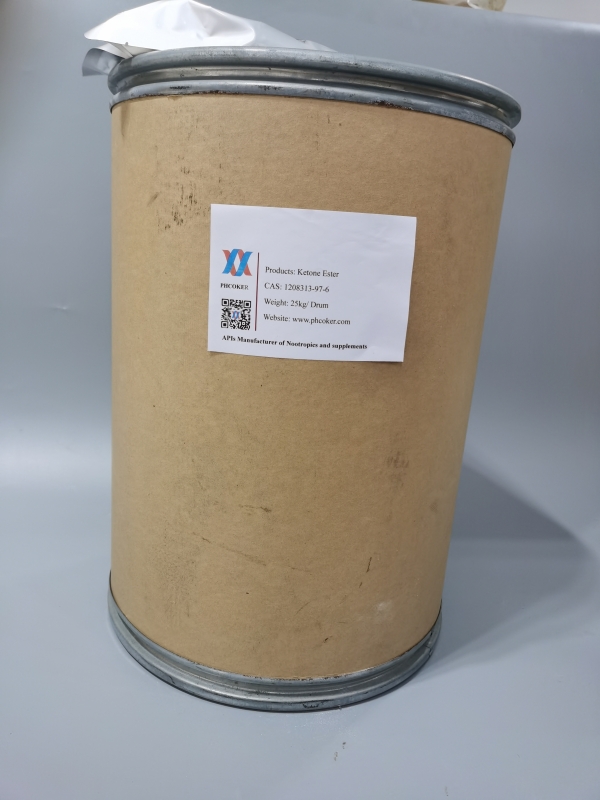 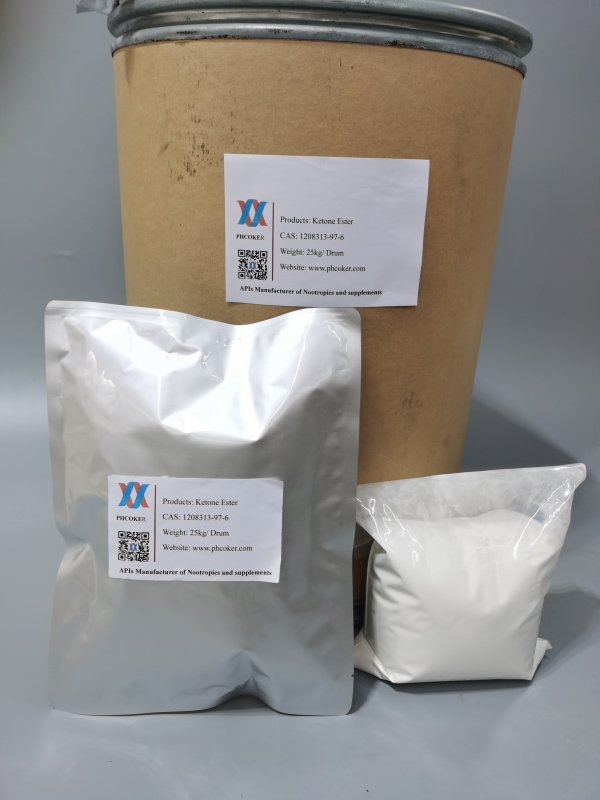 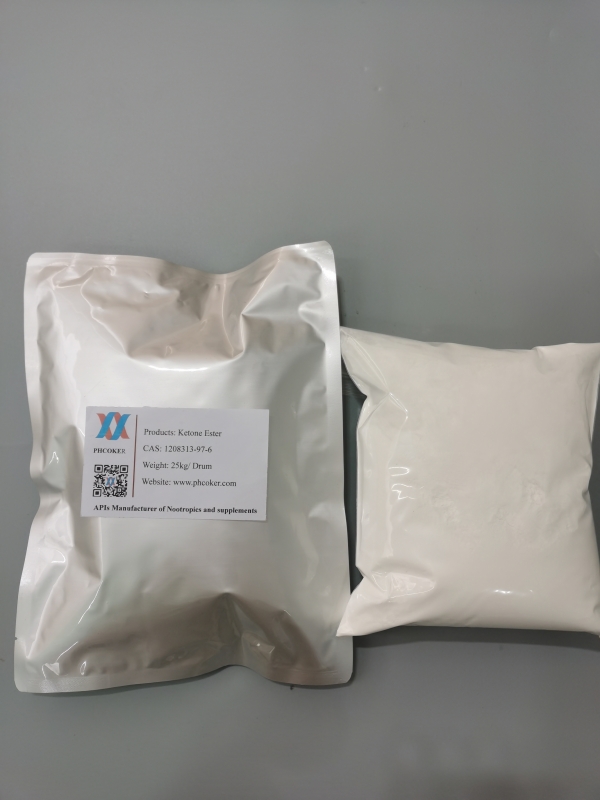 Ketone esters are supplements that claim to put the body into ketosis. It can improve physical performance and cognitive function, and treat a range of human conditions with metabolic abnormalities like obesity.

Ketone esters are supplements that claim to put the body into ketosis. In addition to the highly sought-after ketogenic diet, it’s another way to get your body into ketosis quickly and achieve weight loss, known as “exogenous ketosis.”

Ketosis is a metabolic state that occurs due to a lack of carbohydrates and glucose in the diet, which is usually our body’s response to starvation. In this case, the body needs a source of fuel and needs stored fat to meet this need. Ketone bodies are produced after the oxidation (breakdown) of this fatty tissue. When this happens, breakdown products, including acetyl-CoA, are brought to the liver and used to produce the ketone bodies acetoacetate (AcAc) and beta-hydroxybutyrate (beta-HB). These ketone bodies can then be transported to and metabolized by tissues including the muscles, brain and kidneys. These tiny ketone molecules may play a direct role in activating pathways in the body that promote longevity, while having other effects on metabolism and health.

Ketosis can be achieved both through a ketogenic diet and by getting ketones externally. Ketosis is achieved by stimulating the body to produce BHB in the blood through a ketogenic diet. Externally obtained ketones are usually provided as ketone ester supplements. BHB or other ketone esters can be taken orally to increase ketone levels in the body, a method known as “exogenous ketosis.” Because exogenous ketosis does not require dietary changes, ketone esters can be used by anyone who wants to reap the benefits of ketosis more simply. This is especially beneficial for athletes looking to improve performance and individuals seeking cognitive support. At the same time, ketone esters can also rapidly increase blood ketone levels and maintain elevated levels for a long time.

What Is Ketone Ester?

Ketone esters are supplements that claim to put the body into ketosis. When in ketosis, the body burns fat as often achieved by following a high-fat, low-carb keto diet. without requiring a person to follow a ketogenic diet. It has been reported to have weight loss, longevity and improved athletic performance benefits.

Ketone esters(1208313-97-6) were first discovered in 1978, and in 2012 Oxford University developed the first ketone esters for the US Army to improve performance and focus and reduce inflammation. From 2015 to 2018, ketone ester BHB obtained GRAS (generally regarded as safe) status, and then ketone ester brands represented by KetoneAid and HVMN etc entered people’s daily lives one after another, becoming an indispensable part in the field of healthy weight loss .

What Are The Ketone Esters Currently On The Market?

There are two esters currently on the market, HVMN and KetoneAid (KE4). Although these are different products, the type of ester is the same.

Ketone esters are typically consumed as daily powders, drinks or pills, and are more expensive than other supplements. The first two brands to hit the market in 2018, KetoneAid priced at $94.95 for three copies, and HVMN at $99, according to Keto Source.

What Are The Potential Benefits Of Ketone Esters?

Ketone esters are supplements that quickly put the body into a state of ketosis, which can help people achieve weight loss while having other effects on metabolism and health.

– Losing weight: Ketones suppress appetite, whether from the keto diet or keto supplements. Taking exogenous ketones can help you suppress hunger and burn fat. This makes them an invaluable tool for weight loss.

-Enhanced cognitive performance: Ketones can cross the blood-brain barrier and provide neurons with an efficient source of fuel to maintain and enhance cognitive performance. According to user feedback, when they take exogenous ketones, their mental clarity and focus are immediately improved.

– Promotes longevity: NAD+ is essential for many functions in the body, including brain health, but its levels naturally decline with age. In an animal study to determine the effect of ketosis on NAD+ levels, after just two days on a ketogenic diet, brain NAD+ levels increased significantly and ketone bodies in the blood increased. Thus, ketone esters may have a positive effect on promoting health and longevity.

How Can We Take Ketone Esters Supplements?

As mentioned above, ketone esters on the market can be divided into different brands, so the dosage of ketone esters recommended by different ketone ester manufacturers or suppliers may deviate in dosage. However, it is generally recommended to consume within 30-45 minutes before activity and refill every 60-90 minutes based on total duration. Ketone esters can be used with carbohydrates and additional supplements during your training and competition.

What Are the Side Effects of Ketone Esters?

Current research on ketone esters is limited, and no serious effects of ketone ester consumption on the body have been found. However, a small 2012 study at Oxford University found that participants experienced side effects such as mild nausea or dizziness after taking ketoesters.

Animal and human studies make this one area where future research looks promising. Keto diets, MCT oil and Esters all look like they will have some degree of benefit. But, there’s a need for a controlled trial to further assess the use of esters. With more research, it would not be surprising if this area became the main use for esters.

The FAQ For Ketone Esters Powder

Ketone supplements have been shown to decrease appetite, which may help you lose weight by eating less. In one study in 15 people of normal weight, those drinking a beverage containing ketone esters experienced 50% less hunger after an overnight fast than those drinking a sugary beverage

What are ketone esters made of?

Esters fall under the category of exogenous ketones along with ketone salts. These are substances that contain ketones and lead to the state of ketosis. However, esters differ from ketone salts since they’re formed by binding an alcohol molecule to a ketone body. Salts are bound to Sodium, Potassium or Calcium.

How long do ketone esters work?

Studies have shown that ketone ester s can elevate levels of blood ketones to around 1.0 – 3.0 millimolar (mM) within just 30-60 minutes. On the other hand, it could take 2 – 4 days of a ketogenic diet or 48 hours of fasting to get your ketones this high.

Are esters the same as ketones?

Mild nausea was reported following 6 of the 2,016 drinks consumed. We conclude that sustained exogenous ketosis using a ketone monoester is safe and well-tolerated by healthy adults.

What is the difference between ketone salts and ketone esters?

ketone esters: Instead of attaching to a mineral, ketone esters are ketone bodies, usually BHB, bound to 1,3 butanediol, an alcohol molecule that chemists happen to use to make polyurethanes. Ketone ester supplements are expensive and the taste is rough. However, research shows that ketone esters raise your blood ketones far more efficiently than ketone salts do. 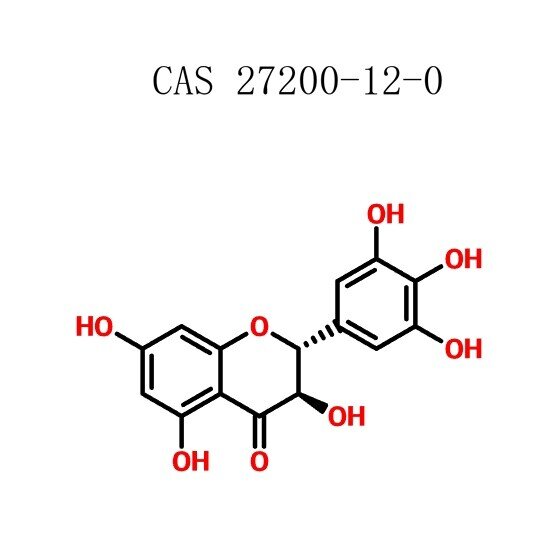 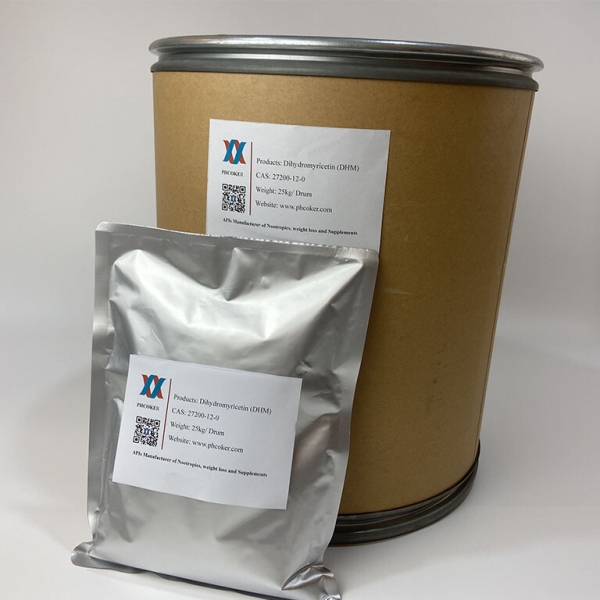 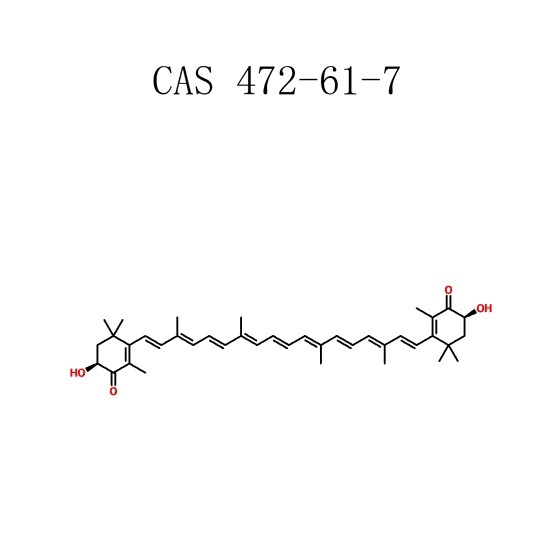 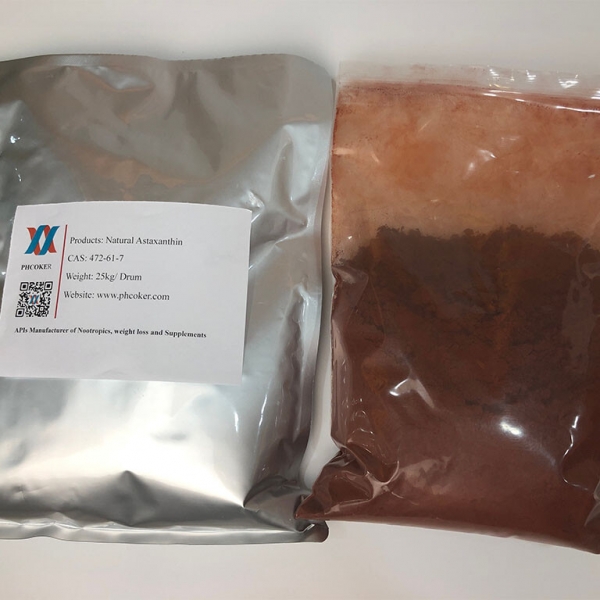 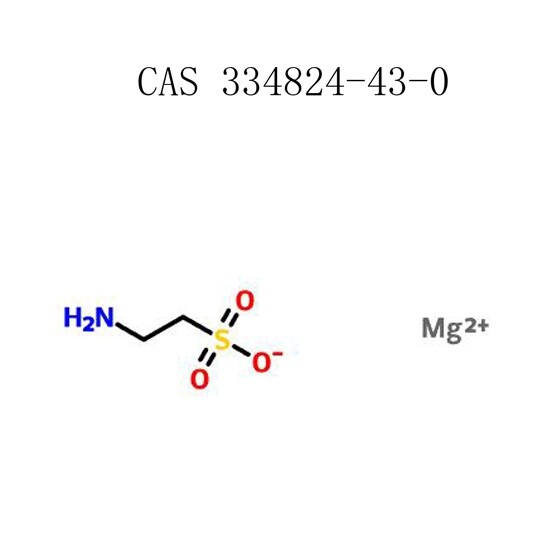 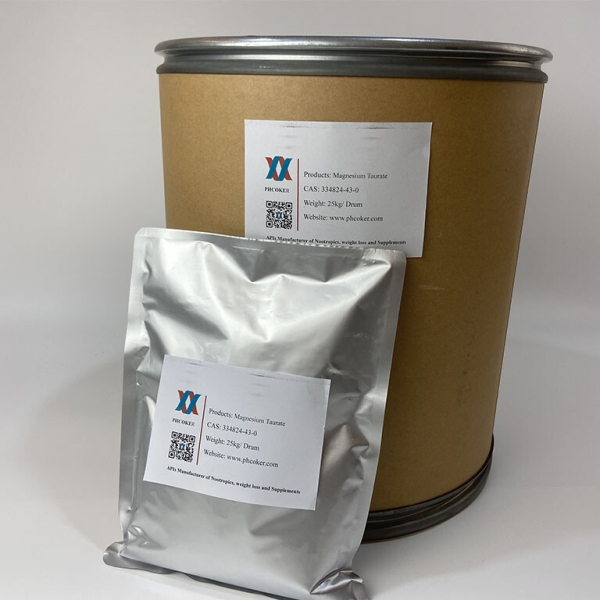 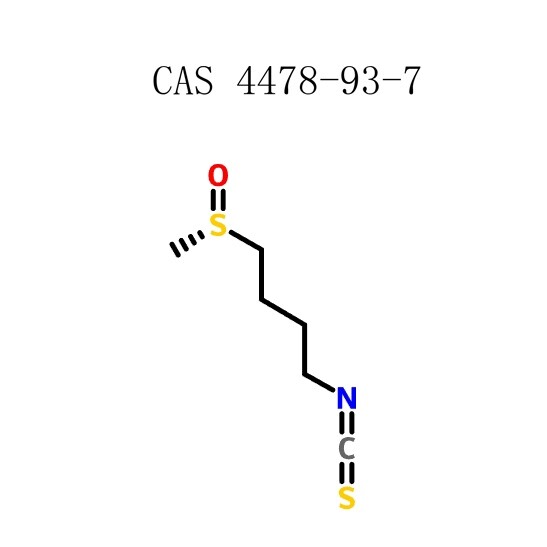 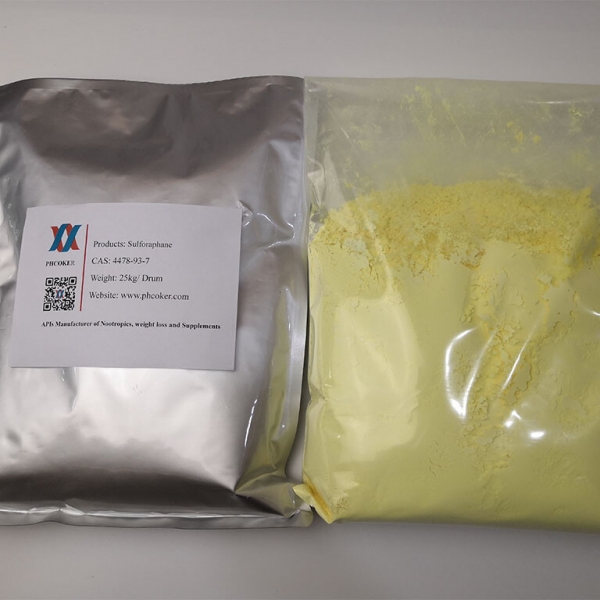