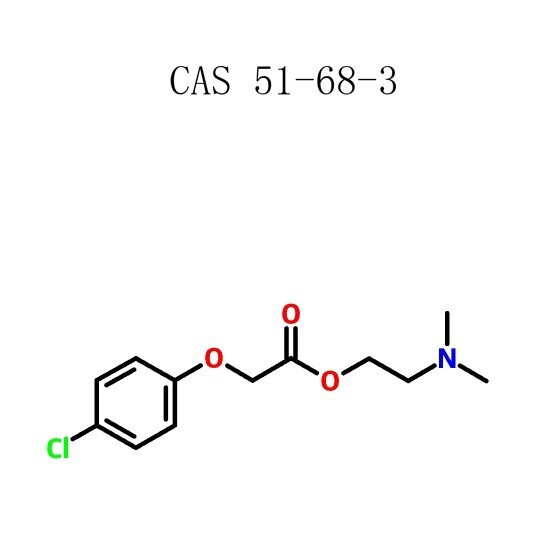 Meclofenoxate (Centrophenoxine), sold under the brand name Lucidril, is one of the earliest and most studied……

Meclofenoxate (Centrophenoxine), sold under the brand name Lucidril, is one of the earliest and most studied nootropics or so-called “smart” drugs. It is a well-known and respected nootropic that has proven itself for over five decades of use and rigorous clinical testing.

Originally developed in 1959 by scientists at the French National Scientific Research Center as a treatment for Alzheimer’s disease, insufficient blood flow to the brain,‍ and age-related cognitive decline, this drug has been widely used for treating age-related brain disorders, such as Alzheimer’s and dementia. It is also used by healthy people to enhance memory and cognitive function and improve overall brain health.

Research has shown centrophenoxine powder to be a powerful memory booster and anti-aging agent.

In Europe, it’s prescribed for the treatment of age-related memory loss, but it’s available over the counter as a dietary supplement in the US and Canada, where it is most frequently used for its cognitive enhancing properties.

Centrophenoxine has been used as a dietary supplement for its potential memory-boosting abilities.

Centrophenoxine is a combination of two chemicals:

Dimethyl-aminoethanol (DMAE), which is a natural substance found in some foods (fish, seafood) and in small amounts in the brain. It is a source of choline and has brain-stimulating effects .

Once it is absorbed in the body, a portion of centrophenoxine breaks down into DMAE and pCPA in the liver. DMAE is then converted to choline, while the remaining centrophenoxine circulates throughout the body.

Centrophenoxine enhances memory and learning, it may improve memory in dementia patients.

Centrophenoxine has been shown to enhance the formation, storage, and retrieval of memories. Memory formation is improved when we have higher levels of acetylcholine. Given the fact that Centrophenoxine enhances various cholinergic activities, one of the substances that is produced is choline, amongst other different phospholipids

Centrophenoxine can be used as a DMAE prodrug and this is very important, as this molecule is quite effective at reducing other harmful molecule build-up within the brain that could cause a drastic reduction in cognitive functions. With these molecules removed, older people can slow down their aging and reverse some side-effects of old age.

Centrophenoxine has anti-Aging and Neuroprotective Properties

Centrophenoxine has been shown to increase the lifespan of rats up to 50%.

Centrophenoxine improves Mood and Motivation, it may help ease anxiety.

Animal studies suggest that centrophenoxine has a measurable anti-anxiety effect.‍

Centrophenoxine mainly works by delivering and enhancing the actions of choline. Choline is the precursor of acetylcholine, an essential and limitless neurotransmitter that is strongly associated with cognitive acuity, plasticity, and memory. It is not clear how exactly centrophenoxine increases the levels of choline and acetylcholine, but it is thought that it either naturally breaks down to choline or it converts to an intermediary phospholipid that is then used to produce acetylcholine. Regardless of the pathway, it is the cholinergic capability that makes centrophenoxine such a powerful potentiator nootropic in its own right.

In addition to upregulation of acetylcholine production, centrophenoxine is also known to be a powerful neuro energizer that stimulates overall brain activity by improving glucose absorption and increasing oxygen uptake. By doing so, centrophenoxine makes the brain function more efficiently, thus improving focus, concentration, and clarity of thoughts, getting rid of the so-called brain fog. As a potent antioxidant, it scavenges free radicals, flushes out toxins and participates in the repair of damaged cells. Lastly, it reverses cognitive aging by reducing or even eliminating the build-up of metabolic waste products that are considered to be “wear and tear pigments.”

Meclofenoxate (Centrophenoxine) side effects and safety.

Centrophenoxine is generally considered safe and non-toxic. It has been used for about 50 years without any major side-effects being noted.

It is said to be a tolerable drug for most healthy adults and the senile suffering from memory loss.

However, some users have experienced mild and minor side effects, including nausea, headache, gastrointestinal issues, and sleeplessness.‍

Centrophenoxine is not advised for pregnant women due to DMAE content.

Centrophenoxine is available over the counter in capsules that contain 200–300 mg each. Clinical trials that tested the effects of centrophenoxine on cognitive functions have used daily doses of

Centrophenoxine is a very good choline source, you can find it in many nootropic stacks – some of the most common ones are Noopept and Racetams.

Here’s an example of a centrophenoxine stack that includes the popular racetam aniracetam to boost memory retention, mood, creativity, while reducing anxiety.

Here’s an example of a centrophenoxine stack with Noopept, this stack can improve memory and learning, while providing neuroprotective properties.