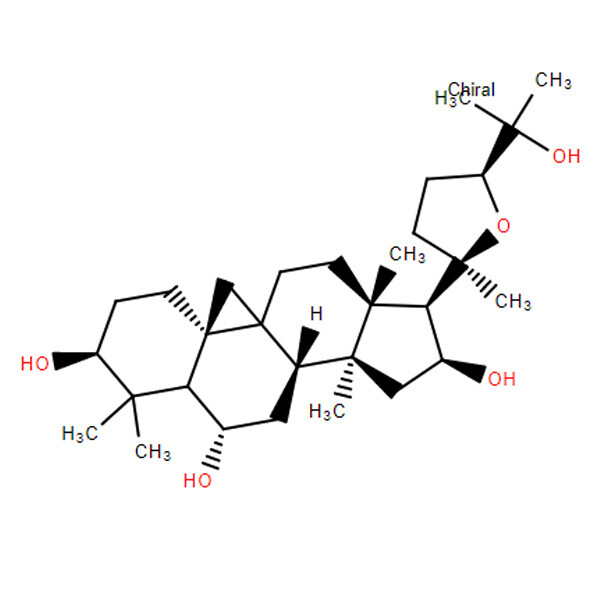 Cycloastragenol is a relatively novel anti-aging dietary supplement ingredient on the market.

Cycloastragenol is a molecule derived from Astragalus membranaceus herb. The Astragalus herb has been used in Chinese medicine for centuries. The Chinese claimed that Astragalus can prolong life and it has been used it to treat fatigue, allergies, colds, heart disease and diabetes.

Cycloastragenol is one of the active ingredients in Astragalus. Cycloastragenol has a similar chemical structure to that of the Astragaloside IV molecule, but it is smaller and significantly more bioavailable, enabling lower doses to be taken. It is already used as an immunostimulant because of its ability to increase T lymphocyte proliferation. However, it is its exceptional anti-aging properties that are of increasing interest to the scientific community.

Cycloastragenol stimulates the repair of DNA damage by activating telomerase, a nucleoprotein enzyme which catalyses synthesis and growth of telomeric DNA. Telomeres are made of thin filaments and are found at the tips of chromosomes. Maintaining their stability enables cells to avoid replicative senescence and indefinite proliferation beyond the ‘Hayflick limit’. Telomeres shorten with each cycle of cell division, or when subjected to oxidative stress. Until now, this has been an unavoidable mechanism of aging.

A large number of studies have shown that progressive shortening of telomeres is closely associated with numerous age-related diseases (heart disease, infections, etc) and is also predictive of premature death in elderly subjects. Telomeres shorten with each cycle of cell division, or when subjected to oxidative stress. Until now, this has been an unavoidable mechanism of aging.

Telomerase is a nucleoprotein enzyme which catalyses the synthesis and growth of telomeric DNA and stimulates the repair of DNA damage.

Cycloastragenol activates and stimulates this enzyme, thus curtailing the shortening of telomeres and also increasing their numbers. In this way, it allows lengthening of the telomeres and as a result, extends the cell’s lifespan.

Due to its low molecular weight, Cycloastragenol passes easily through the intestinal wall. Optimal assimilation allows higher efficacy, even at a low dose. Daily supplementation either on its own, or in combination or alternating with, astragaloside IV, will thus help to hold back ageing and naturally extend life expectancy.

Astragalus membranaceus is among the most fundamental herbs in the Traditional Chinese Medicine history as natural remedies to treat fatigue, sickness, ulcers, cancers, hay fever, post stroke, longevity etc. Cycloastragenol is a molecule derived from Astragalus membranaceus herb.  However, the key benefits of cycloastragenol powder are as an anti-aging and immune support effects.

Cycloastragenol can be used to safeguard the immune system, antibacterial, and antiinflammatory, for avoiding common colds and upper respiratory system infections. It’s been utilized as an immune enhancer because of being able to boost the proliferation of T lymphocyte. However, what the scientific community is increasingly more interested is its excellent aging resistance. Cycloastragenol encourages DNA to repair damages by initiating telomerase and allow the nuclear protease catalyzed the synthesis and growth of telomere DNA.

Up to now, there is not any report or reviews of an adverse effect or contraindication taking cycloastragenol supplement.

Cycloastragenol has been heralded by some as a miracle anti-aging agent. Early studies appear promising, showing it has the ability to increase telomere length, however there is a still a lack of quality peer-reviewed research. In addition, there is some concern that taking Cycloastragenol may increase the risk of certain cancers. However, research studies have not been able to establish any cancer risk associated with the use of Cycloastragenol.

Cycloastragenol looks like a promising anti-aging compound. While it has not been proven to increase lifespan yet it has been shown to reduce various age associated biomarkers.  In addition it has been shown to reduce the signs of aging such as fine lines and wrinkles. It may also reduce the risk of degenerative diseases like Alzheimer’s, Parkinson’s, retinopathies, and cataracts.

Cycloastragenol is used for the treatment, control, prevention, & improvement of the following diseases, conditions and symptoms:

Bulk cycloastragenol powder has been used in below field: