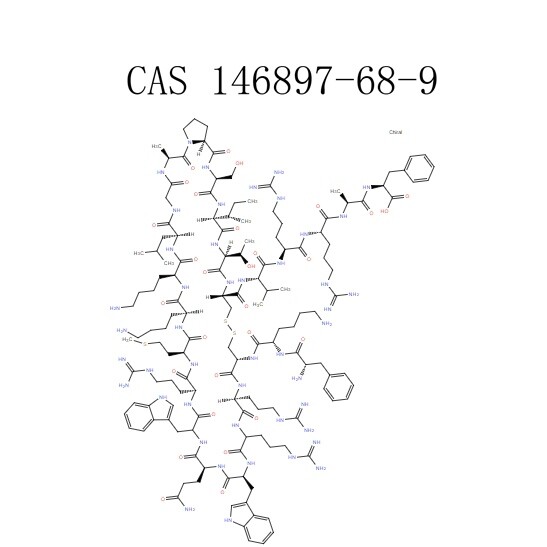 Lactoferrin (LF), also known as lactotransferrin(LTF), is a glycoprotein widely represented in various secretory fluids including……

Lactoferrin (LF), also known as lactotransferrin(LTF), is a glycoprotein widely represented in various secretory fluids including milk. This full-length protein CRM is suitable as starting material for use in calibrators or controls for a variety of LC-MS/MS testing applications including allergen testing, infant formula testing, dietary or nutritional and diagnostic testing application

Colostrum, the first milk produced after a baby is born, contains high levels of lactoferrin, about seven times the amount found in milk produced later on. Lactoferrin is also found in fluids in the eye, nose, respiratory tract, intestine, and elsewhere. People use lactoferrin as medicine.

Lactoferrin is used for treating stomach and intestinal ulcers, diarrhea, and hepatitis C. It is also used as an antioxidant and to protect against bacterial and viral infections. Other uses include stimulating the immune system, preventing tissue damage related to aging, promoting healthy intestinal bacteria, preventing cancer, and regulating the way the body processes iron.

Some researchers suggest lactoferrin might play a role in solving global health problems such as iron deficiency and severe diarrhea.

In industrial agriculture, lactoferrin is used to kill bacteria during meat processing.

Lactoferrin is part of the immune system and has antimicrobial activity. In addition to the main functions of combining and transporting the iron ,Lactoferrin also has the  functions and attributes of antibacterial iron, antivirus,resistance to parasites, catalysis, cancer prevention and fighting against cancer, allergy and radiation protection. Some people take lactoferrin supplements to gain antioxidant and anti-inflammatory benefits.

Although the direct mechanism has not been established yet, lactoferrin is a well-known anti-inflammatory component in humans.

Lactoferrin in the amniotic fluid is an important component to reducing fetal inflammation in pregnant women through reducing IL-6 levels and reducing infection causing the inflammation.

It has anti-inflammatory properties when interacting with the immune system against the Epstein-Barr virus, reducing inflammation by inhibiting the activation of TLR2 and TLR9 in the virus DNA.

Lactoferrin helps stop the activity of bacteria. Most bacteria need iron to function, and lactoferrin can stop bacteria from taking up iron in the human body.

In addition to this, it can block bacteria’s carbohydrate metabolism, destabilize their cell walls, or interact with lysozymes in milk to stop bacteria.

In human fetuses, lactoferrin serves as a bone growth regulator in the early phases of human bone development.

In human fetuses, Lactoferrin promotes iron absorption and development of the brush border, allowing for healthy growth and gut development before birth.

High levels of Lactoferrin in the fetus prevent infection and ruptures of fetal membranes while increasing the ease of labor.

How does Lactoferrin work?

Lactoferrin helps regulate the absorption of iron in the intestine and delivery of iron to the cells.

In addition to bacterial infections, lactoferrin seems to be active against infections causes by some viruses and fungi.

Lactoferrin also seems to be involved with regulation of bone marrow function (myelopoiesis), and it seems to be able to boost the body’s defense (immune) system.

Lactoferrin powder is safe in amounts consumed in food. Consuming higher amounts of lactoferrin from cow’s milk might also be safe for up to a year. Human lactoferrin that is made from specially processed rice appears to be safe for up to 14 days. Lactoferrin can cause diarrhea. In very high doses, skin rash, loss of appetite, fatigue, chills, and constipation have been reported.

In underweight new-borns, infant milk enriched with lactoferrin (with or without probiotics) reduces the risk of delayed-onset septicaemia (bacterial or fungal).

In-depth analysis of the results showed that the bovine lactoferrin reduced infection rather than preventing the fungus from spreading. This suggests that lactoferrin is able to prevent fungal infections from developing into systemic disease.

Bovine lactoferrin can permeate the blood-brain barrier via specific receptors, and improve neuroprotection, neurodevelopment and learning capacities in mammals.