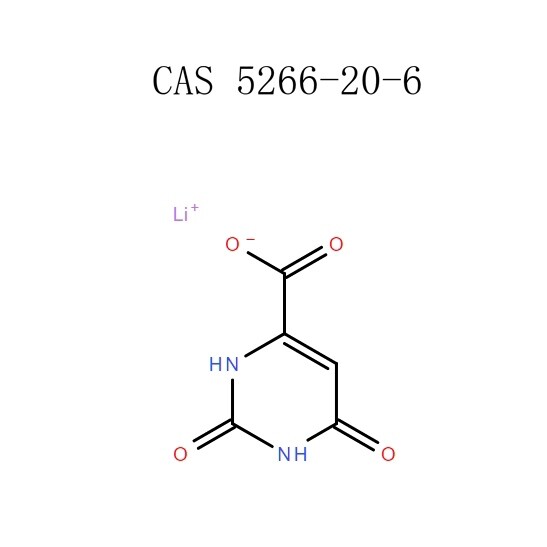 Lithium orotate is a salt that consists of lithium (an alkali metal) and orotic acid (a compound produced naturally in the body)…….

What is Lithium orotate?

Lithium orotate is a salt that consists of lithium (an alkali metal) and orotic acid (a compound produced naturally in the body). In this compound, lithium is non-covalently bound to an orotate ion, rather than to a carbonate or other ion, and like other salts, dissociates in solution to produce free lithium ions. Most of the commercially available lithium orotate is provided in the form of dietary supplements, touted as a natural treatment for a wide range of mental health problems, though only barely researched between 1973–1986 to treat certain medical conditions, such as alcoholism and Alzheimer’s disease.

Although orotic acid is sometimes referred to as vitamin B13, it’s not actually considered a vitamin. In the human body, orotic acid can be produced from microorganisms found in the intestines. Besides, it also has many other positive uses in the brain and body.

How does Lithium orotate work?

The lithium salt of orotic acid (lithium orotate) improves the specific effects of lithium many-fold by increasing lithium bio-utilization. The orotates transport the lithium to the membranes of mitochondria, lysosomes and the glia cells. Lithium orotate stabilizes the lysosomal membranes and prevents the enzyme reactions that are responsible for the sodium depletion and dehydration effects of other lithium salts.

Lithium orotate is used to treat acute mania or depression in patients with bipolar disorder, as well as to prevent the recurrence of manic episodes. It can also benefit those who have severe anxiety from PTSD and can help as a mood stabilizer for panic attacks.

In the mid-80s an alcohol study was done and found that Lithium orotate daily treatment assisted alcoholics in their journey to quit drinking. Those who suffer from OCD and obsessive disorders can benefit from it. Moreover, Lithium orotate not only use counseling therapy, but also can help cope during the rehabilitation process.

Also, Lithium orotate also plays a good role in protecting the brain. Lithium orotate protects the brain by preventing the loss of brain cells and produce new brain cells. It has shown to reverse Parkinson’s, Alzheimer’s disease and dementia. Animal studies the lithium orotate showed improvement in traumatic brain injuries and strokes. It can also be beneficial as a protectant in central nervous system damage due to Lyme disease and can also protect from brain shrinkage.

Because of the superior bioavailability of lithium orotate, the therapeutic dosage is much less than prescription forms of lithium. There are numerous benefits to taking lithium orotate in low dosages.

The typical dose is between five and 20 mg. They can also give it in liquid form, typically around 250mcg. At this dose, it’s not toxic.

In cases of severe depression, the therapeutic dosage of lithium orotate is 150 mg/day. This is compared to 900-1800 mg of the prescription forms. In this dosage range of lithium orotate, there are no adverse lithium side reactions and no need for monitoring blood serum measurements.

As a dietary supplement, Lithium orotate can be used in small doses to treat conditions like manic depression, alcoholism,ADHD and ADD, depression, aggression, PTSD, Alzheimer’s Disease and overall stress management.

In alternative medicine, lithium orotate may be used for treating and preventing the following conditions:

In addition the above benefits, lithium orotate also cause some side effects on body, as beow:

Considering the health risks associated with thium toxicity, you need to periodic blood-testing to ensure that toxic levels of the drug are not being reached when use lithium orotate.