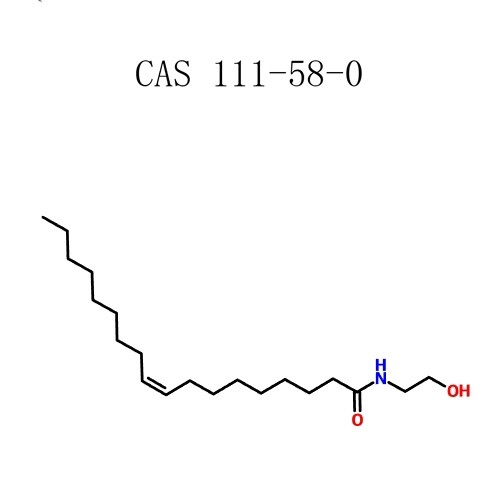 Oleoylethanolamide(OEA) is an endogenous peroxisome proliferator-activated receptor alpha (PPAR-alpha) agonist. It is a……..

Oleoylethanolamide (OEA) or N-Oleoylethanolamide (OEA) is a molecule produced in the body, usually found in the intestines. Increasing evidence suggest that OEA may act as an endogenous neuroprotective factor and participate in the control of reward-related behaviors. Also, it has been described as a peripherally acting agent that reduces food intake and body weight gain.

Oleoylethanolamide(OEA) is an endogenous peroxisome proliferator-activated receptor alpha (PPAR-alpha) agonist. It is a naturally occurring glycolamide lipid with a variety of unique homeostasis properties such as appetite control, anti-inflammatory activity, stimulation of lipolysis and fatty acid oxidation. Oleoylethanolamide can be considered a hormone of the intestinal brain axis. Oatmeal, nuts, and cocoa powder are the major foods sources of Oleoylethanolamide in meals. However, the amount of Oleoylethanolamide found in these foods is low (fewer than 2 µg / g).

Preclinical studies have shown that Oleoylethanolamide is also an effective anti-inflammatory and antioxidant compound that exerts neuroprotective effects in alcoholism. Exogenous administration of Oleoylethanolamide can effectively prevent alcohol-induced TLR4-mediated proinflammatory cascades, thereby reducing the release of proinflammatory cytokines and chemokines, oxidative and nitrosative stress, and ultimately prevents nerve damage in the frontal cortex of rodents.

There are two sources of getting Oleoylethanolamide (OEA), one is from natural plants, and the other is by purely synthesized in the lab.

Oleoylethanolamide is a natural metabolite of oleic acid. Therefore, foods containg oleic acid is a direct source of OEA.

How does of Oleoylethanolamide(OEA) work?

Oleoylethanolamide (OEA) as an Appetite suppressant

Suppressing appetite and thus reducing the intake of food is an effective way to controlling both energy balance and body weight. Since appetite suppression is a major controlling point for energy (food) intake, managing appetite is crucial in controlling healthy body weight, especially when combined with health conscious lifestyle choices that include attention to proper food intake, dietary supplementation, and exercise.

Oleoylethanolamide supplement helps regulate lipid metabolism, helps control hunger by sending appetite surpressant messages to the brain and has been shown to help lower both triglyceride and blood cholesterol levels.

The effects of OEA were first studied because it shares similarities with another chemical, a cannabinoid known as anandamide. Cannabinoids are related to the plant Cannabis, and anandamides present in the plant (and marijuana) can increase a person’s desire to snack by triggering a feeding response. According to Wikipedia, Oleoylethanolamide is the monounsaturated analogue of the endocannabinoid anandamide. Although OEA has a chemical structure that is similar to anandamide, its effects on eating and weight management are different. Unlike anandamide, OEA acts independently of the cannabinoid pathway, regulating PPAR-α activity to stimulate lipolysis.

Everybody seeks health through bodybuilding in the gym. OEA is increasingly popular to bodybuilders. In bodybuilding supplements fields, TTA (tetradecylthioacetic acid) is often synergistically used with oleoylethanolamide (OEA), both of which also helps to burn fat and decrease hunger. TTA may also be very promising among anti-fat supplements, because it appears to burn fat independent of exercise; preliminary results suggest that the body simply appears to “remove” fat from itself instead of needing to have it burned off with physical activity.

In addition, the systemic administration of oleoylethanolamide has been found to modulate glucose homeostasis, as well as both insulin release and insulin signaling in both hepatocytes and adipocytes.

Some rereearch shows that oleoylethanolamide supplement has positive effects on anxiety, and more trails and evidence are needed to support.

How to use Oleoylethanolamide OEA

Oleoylethanolamide OEA is relatively new to the supplement market, and no serious adverse effects have been reported. The U.S. Food and Drug Administration (FDA) had no concerns regarding OEA’s safety. In daily life, oleoylethanolamide is a safe weight loss alternative, which is used to assess the extent of catabolism in the gastro-intestinal tract, helping to reduce fat without any detrimental uneanted effects.

Research suggests that you can also lower or increase daily dosage according to your bodyweight.

Oleoylethanolamide powder has used in Healthcare supplement, made into Hard capsule or tablet for Weight loss.