Oxiracetam experience: How does oxiracetam powder make me feel? 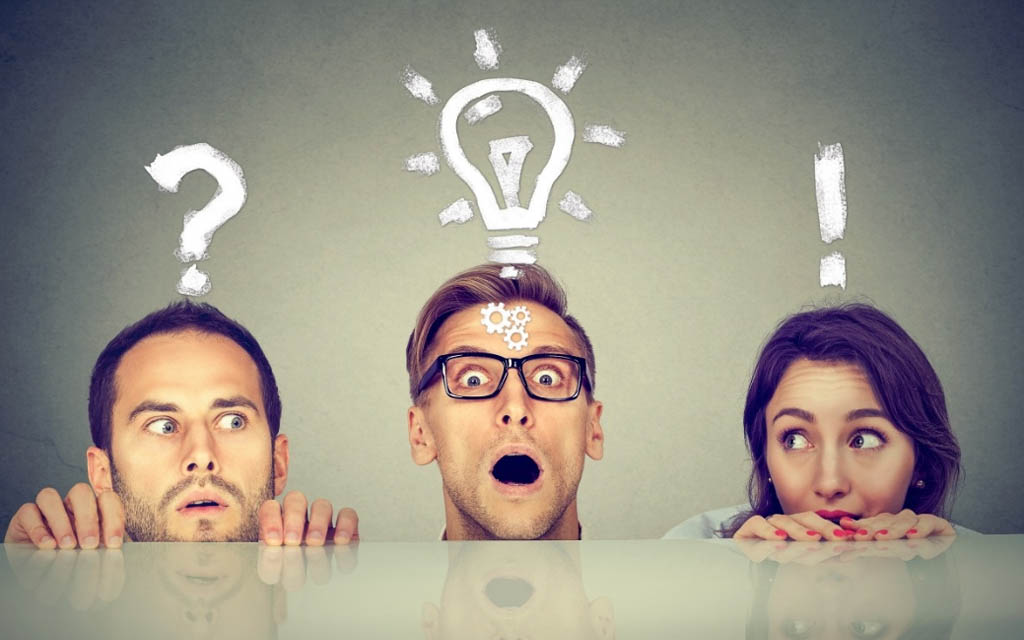 Oxiracetam is one of the older nootropic supplements from the racetam family. It was the third racetam compound after piracetam and aniracetam and was first developed in the 1970s. Oxiracetam is a chemical derivative of the original racetam, piracetam.

Like other racetams,  oxiracetam contains a pyrrolidone at its core. However, oxiracetam has a hydroxyl group, which is why it is more potent than its parent compound, piracetam.

It is well known for its ability to improve cognitive function such as memory, focus and learning as well as the stimulant effects it offers. Oxiracetam nootropics generally boost your overall brain health.

There are a wide range of oxiracetam uses reported by researchers as well as oxiracetam experiences shared on various platforms.

Oxiracetam, just like any other racetam, is used to enhance cognition by improving the ability to form both short-term and long-term memory. It hence is used by anyone who needs to learn and recall information. It excellent for students who need to excel in their exams, as it will go a long way in helping them learn and recall materials easily. It also helps them concentrate and keep focused for longer periods.

Oxiracetam uses are unique in that it offers cognitive enhancement while stimulating your mind to keep focus and alert. The best thing about its stimulating effects is that unlike other stimulant that leave one feeling awkward and restless, oxiracetam will stimulate the mind and leave you calm and relaxed. For workers who really need concentration and focus, the oxiracetam experience is undoubtable.

When for instance one is getting ready for an interview, it will be important to appear smart. Oxiracetam improves verbal fluency that helps people to use the perfect vocabulary that enhances their chances of landing their dream jobs.

Oxiracetam powder is also an option for improving memory in the elderly who often suffer from memory loss or decline.

Since our bodies do not produce oxiracetam on their own, to reap the said oxiracetam benefits you’ll definitely consider oxiracetam buy from trusted vendors.

Most human research has been based on elderly persons and basically unhealthy individuals, hence more research on healthy persons would be necessary to confirm the oxiracetam uses. However, personal oxiracetam reviews shows the potential of oxiracetam in healthy and young individuals. 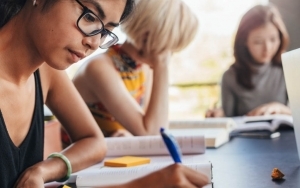 Oxiracetam: How Does It Work?

While, oxiracetam benefits are well known the mechanisms of action by it works is yet to be clearly defined. However, several oxiracetam modes of action are reported.

Below are some of the oxiracetam mechanisms of action;

i. Regulates the neurotransmitter, acetylcholine

These two neurotransmitters are play a vital role in our capability to form both short-term and long-term memory, learning and the overall cognitive functioning.

Oxiracetam influence the cholinergic and glutamate systems thereby modulating the release of these crucial neurotransmitters, acetylcholine ACh and glutamate.

Oxiracetam falls in the ampakine family of compounds. Ampakine are known to exhibit stimulatory properties. The ampakine are drugs that influence the glutamatergic AMPA receptors. Luckily, unlike other stimulants such as caffeine that leave you with sleeplessness and nervousness, ampakine don’t leave you with any adverse side effects.

Oxiracetam therefore offers stimulatory effects that keep you alert and focused while leaving you mind and body calm and relaxed.

In addition, oxiracetam can raise the levels of high-energy phosphates that play role in boosting energy and enhancing focus.

Oxiracetam affects the glutamate system and in turn influence the release of the neurotransmitter, glutamate. It offers more potent effects and for extended periods of time.

Glutamate is the one of the most abundant neurotransmitter in the neural system usually sending signals to the brain and the whole body.

Glutamate plays a crucial role in cognitive function and more so with memory and learning.

Some studies show that oxiracetam enhances the communication between neurons in the hippocampus. Hippocampus is the portion of the brain that influences memory, emotion, and the central nerves system.

Oxiracetam achieves this by two ways. One is through triggering the release of D-aspartic acid and secondly, by affecting lipid metabolism. Lipid metabolism ensure there is sufficient mental energy required for neurons functioning.

There are a wide range of oxiracetam benefits reported even though the supplement is not approved by the Food and Drug Administration (FDA).

Below are the oxiracetam benefits;

i. Enhances memory and learning

Oxiracetam is very popular due to its capability to increases memory. It improves the formation of new memory as well as increase the speed at which the mind processes and recalls information.

Blood flow in the cerebral area is very crucial to ensure sufficient oxygen gets to the brain for proper functioning of the brain including memory.

In addition, oxidative stress can occur due to several reasons and if uncontrolled could results to neuronal damage. Oxiracetam supplement come to the rescue by ameliorating the damage to neurons.

Further, oxiracetam is suggested to improve long-term potentiation probably due to increased release of glutamate and-aspartic acid in the hippocampus.

In a study of 60 elderly persons with cognitive decline, oxiracetam dosage of 400 mg thrice daily was found to significantly enhance memory while reducing the symptoms of cognitive decline.

In another study of 40 elderly persons with dementia, oxiracetam at 2,400 mg daily was found to improve short-term memory as well as verbal fluency.

When faced with a task that requires full attention for long periods, oxiracetam could be the best choice. Oxiracetam half-life is about 8-10 hours and hence could offer prolonged benefits.

Oxiracetam offers mild stimulant effects which assist you to concentrate without losing interest and attention.

In two human trials involving 96 elderly persons with dementia and the other involving 43 persons with decreased intellectual function, oxiracetam supplementation was found to improve the reaction time and also attention. 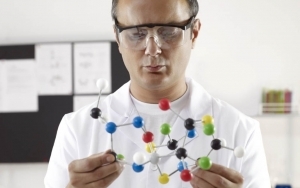 Oxiracetam supplement possess neuroprotective benefits as it is able to protect the brain form damage and cognitive decline as a result of age or even brain injury.

Oxiracetam could therefore offer protection to the brain from damage caused by Alzheimer’s disorder as well as other dementia disorders.

Several animal studies suggest that oxiracetam could potentially protect the brain from damage. For instance, in a study in which neurotoxins were introduced to impair memory formation as a typical brain injury, pre-treatment with oxiracetam was found to prevent neurotoxicity.

Further studies have revealed that, post-treatment of oxiracetam can protect rats from ischemic stroke by alleviating the blood brain barrier dysfunction.

In a human study of 140 patients suffering from strokes as a result of high blood pressure (hypertension), oxiracetam was administered along a nerve growth factor (NGF). This treatment was found to assist the brain recover and also increase survival. The study further reported reduced inflammation and enhanced muscle strength which are markers of recovery after brain damage.

Oxiracetam affects the way we perceive things through the five senses of sight, smell, touch, hearing and even taste.

When you take oxiracetam it increases the cerebral blood flow that enables the mind better identify and organize as well as interpret what we perceive.

Oxiracetam is shown to boost the brain function and can improve verbal fluency. Verbal fluency is one of the cognitive function that assist us retrieve information from your memory.

In a study of 73 persons suffering from either multi-infarct dementia (MID) or primary degenerative dementia (PDD), oxiracetam was found to prevent cognitive decline as well as significantly improved their word fluency.

Staying awake and focused is essential for optimal functioning. Oxiracetam offers mild stimulant effects that helps you keep awake by increasing blood flow in the brain.

In a study of 289 persons suffering from dementia, oxiracetam was found to enhance cognitive functions. It has also been reported to enhance alertness while decreasing anxiety and nervousness.

Oxiracetam Powder: How to Dose?

You should avoid taking oxiracetam supplement in evening as it possesses mild stimulant effects which could possibly disrupt your sleep.

Since oxiracetam is water soluble it can be taken in the form of tablet, capsule or even powder form, with or without food.

Research shows that oxiracetam takes about 1-3 hours to reach its peak levels in the serum and hence should be taken one hour before the intended task such as learning activity. The oxiracetam half-life is about 8-10 hours and you should expect to reach peak performance in a week’s time.

Although, some studies have used higher oxiracetam dosages of up to 2,400 mg daily, always start from the lowest effective dosage going upward as need be.

In addition, since oxiracetam enhances the efficiency of acetylcholine in the brain, be sure to stack it with a good choline source such as Alpha GPC or CDP choline. This will help you prevent the usual oxiracetam side effects specifically headaches due to insufficient choline in the brain.

Oxracetam nootropic is generally considered safe and well tolerated by the body.

However, some oxiracetam side effects that have been reported include;

Headaches- this happens when one forgets to stack oxiracetam with a good choline source. Headache occur due to insufficient choline in the brain. This could be avoided by taking oxiracetam stack with a choline source such as Alpha GPC.

Some other potential oxiracetam side effects include; 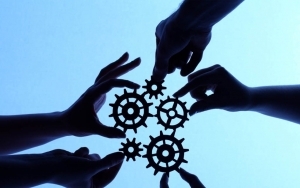 Oxiracetam powder works excellently to enhance cognition and stimulate the central nervous system alone or in combination with other supplements.

Just like other racetams, Oxiracetam stack with a choline source is very important. Stacking it with Alpha GPC not only maximizes its effects but also help prevent occurrences of headaches mostly associated to a deficit of choline in the brain.

The oxiracetam alpha GPC stack dosage would be 750 mg of oxiracetam and 150-300 mg of Alpha GPC taken in two doses, in the morning and early afternoon.

Noopept is one of the best nootropics known to enhance overall cognitive function and works very similar to racetams.

When you stack oxiracetam with noopept, you expect to experience more cognitive functioning including, memory, learning, alertness, motivation and even focus.

The standard dose for this stack would be 750 mg of oxiracetam and 10-30 mg of noopept, taken daily.

Unifiram is a nootropic compound taken to enhance cognition and whose chemical structure is similar to those of racetams. However, clinical trials are lacking and this makes it difficult to tell what would stack well with it.

But again, since it works similarly to racetams, unifiram stack with racetams including oxiracetam could possibly result to enhanced cognitive function. It is indicated to be more potent than racetams and hence very low doses would be required to achieve the effects.

When you use oxiracetam stack with pramiracetam, the cognitive function of memory, focus and motivation is highly enhanced and also your productivity may increase.

The mild stimulant effect of oxiracetam is also enhanced thereby increasing alertness and concentration due to improved mental energy.

Where to buy oxiracetam

Oxiracetam nootropic is readily available online.  If you consider taking oxiracetam buy it from the most reputable nootropic vendors online. Consider to carefully study the about the specific oxiracetam powder, capsules or tablet form offered.

Checking for oxiracetam experiences shared on the company’s websites is one way to guarantee that you get what you are looking for.

Oxiracetam reviews on the vendors site is an eye opener of the best oxiracetam nootropics since not all will offer high quality products.