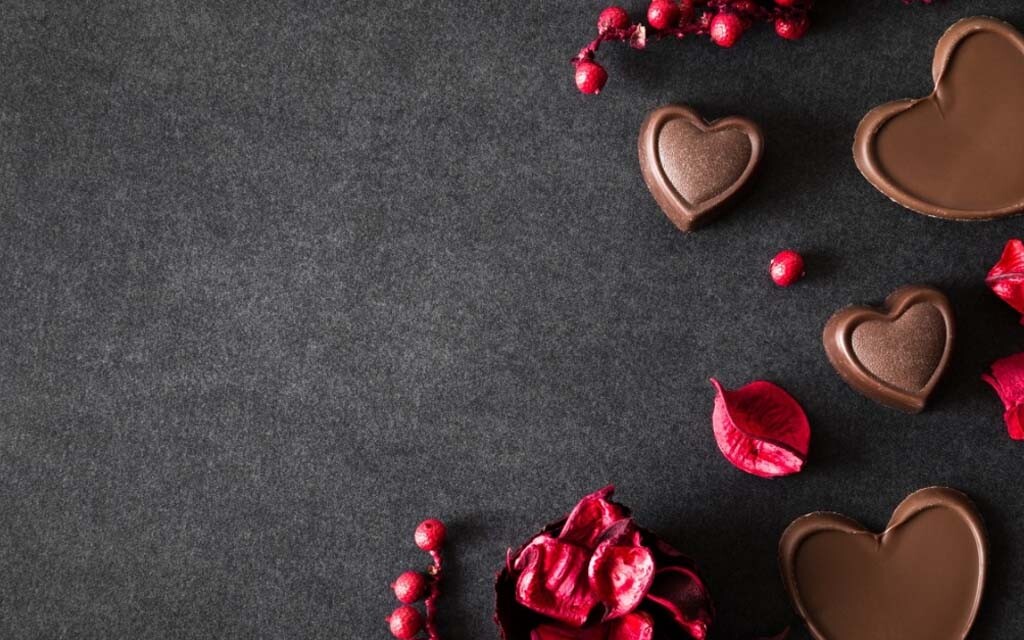 Anandamide (AEA) is a crucial neurotransmitter which is derived from a polyunsaturated omega-6 fatty acid known as arachidonic acid.

The discovery of AEA traces way back to the receptors for THC discovery. THC (tetrahydrocannabinol), is the major psychoactive component in Cannabis sativa (marijuana).

Tetrahydrocannabinol receptors were first discovered in brains of mice and later in humans. Researchers were surprised to discover THC receptors in the brain because we don’t produce this substance naturally.

Why THC receptors existed in our brains remained a mystery until when scientists discovered AEA and realized that it binds to these receptors.

Fast forward, today, anandamide supplement is one of the most popular supplements in the market for balancing mood, improving cognition, and for general happiness.

The word “Anandamide” is taken from the Sanskrit “ananda”, which symbolizes happiness and joy. It is a brain chemical which is widely known as the “bliss molecule” because of its role in stimulating happiness feelings. As mentioned, is one of the most important neurotransmitters which bind to cannabinoid receptors in the body and brain, bringing a sense of mental wellness and happiness.

Anandamide also affects your mental wellness and overall health in several other ways. It functions through binding to similar receptors in our brain as the major psychoactive compound in cannabis. However, there are several ways of boosting anandamide in your body without using cannabis. 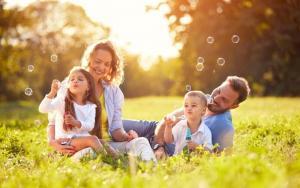 3.  Why is Anandamide important?

The ability of anandamide to bind to CB2 and CB1 receptors may impact a series of physiological mechanisms such as fertility, appetite stimulation, pain management, and mood fluctuation.

Stimulation and binding of AEA to your CB 1 and CB2 receptors result from your body’s constant struggle to achieve and sustain homeostasis. When your systems, organs, and cells start shifting away from their balance areas, your endocannabinoid system comes in handy. Your body seeks to balance itself in order to sustain optimum cellular performance (homeostasis).

One way through which AEA may contribute to this homeostatic maintenance is by binding to CB1 and CB2 receptors and supporting nerve cells development in the brain. Development of nerve cells in the brain (neurogenesis) is crucial as it encourages proper functioning of the body regarding learning and memory.

4.How does Anandamide work?

Scientists have identified two crucial endocannabinoids so far which include anandamide (AEA) and 2-arachidonoylglyerol (2-AG). The 2-AG and anandamide function to keep internal systems running smoothly.

Endocannabinoids may bind to either CB1 or CB2 receptor. The results of this binding process depend on which receptor endocannabinoid binds to and expectedly where the receptor is located.

For instance, endocannabinoids may bind to CB1 receptors in your spinal nerve to fight pain. Other endocannabinoids may target a CB2 receptor in the immune cells to inform your body that you have inflammation. After endocannabinoids have done their work, enzymes breaks them down. We have two major enzymes which does this work, which include fatty acid amide hydrolase that is responsible for breaking down anandamide and monoacylglycerol acid lipase, that breaks down 2-AG.

5.What is Anandamide used for?

Discussed below are some of the most popular anandamide uses;

Another 2014 study documented in Translational Psychiatry journal, shows that preventing AEA breakdown in the body decreased stress-induced anxiety and improved mood in rats. During the study, rats had been exposed to a maze test and foot shock. Low levels of AEA were correlated negatively with fear response, stress, and anxiety. Anandamide uses in mental health may therefore range from relieving stress and anxiety to better response to fear.

ii.AEA is very useful when it comes to management of pain

Relieving of pain in the body is one of the major anandamide uses. A research published in the year 2013 proposes that this compound regulates inflammation and pain via several channels. These channels are comprised of the TRPV1 and the CB1 cannabinoid receptors. TRPVI receptor assists the body in feeling both pain and heat.

Another study suggested that drugs which prevent the anandamide breakdown may turn out useful in the future in the management of pain. It’s also not surprising that some cannabis components inhibit the AEA degradation. 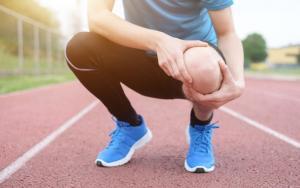 The cannabis high and the “runner’s high” may not turn out too different. Though endorphins were regarded as culprits for possibly longest time, some of the smart German researchers in the year 2015 highlighted that actually, endorphins are too big to be able to pass into the brain. Anandamide is instead considered as the molecule for the work.

A research published in PNAS concluded that cannabinoid receptors are very crucial when it comes to runner’s high main aspects.  After exercise, Anandamide levels in the blood increases. The molecule then manages to pass via the barrier of the blood brain. It’s also thought that the molecule improves mood and lowers pain after having intense exercise.

iv.Controlling the feeling of hunger

Another anandamide function is appetite regulation. Anandamide is passed to the babies by their mothers through breast feeding. According to research done on animals, scientists have speculations that anandamide presence enhances suckling in newborns.

6. The benefits of Anandamide

Greater anandamide levels have been present in the streams of blood of persons who have just had rigorous exercise. This gives credence to the “euphoric high” theory. This theory comes with prolonged and vigorous physical activity.

It’s also very odd that anandamide is found in the black truffles.  However, it’s uncertain on why or what biological impacts truffles consumption may impose on the ECS.  We have discussed more anandamide benefits here below:

Anandamide bliss molecule maintains homeostasis by binding to CB1 and CB2 receptors. It also achieves this function by supporting development of nerve cells in the brain which is also called neurogenesis. Neurogenesis is an important process as it encourages proper functioning of our bodies regarding memory and learning. 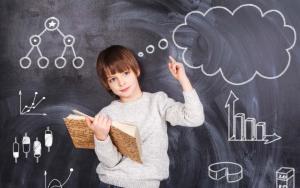 Anandamide function in inhibiting and slowing the proliferation of cancer cells have been seen to take place via the psychotropic effects.  It lowers cancer cells growth especially in breast cancer patients. It’s also advantageous in that it don’t cause significantly adverse effects similar to what conventional drugs do.

(3)Regulation of the mood

As a matter of nature, reduction of depressive feelings improves the quality of life. Anandamide bliss molecule can also be very important when it comes to cognition. It’s almost not possible to maintain output that is highly cognitive when one is under poor state mentally. A positive and uplifted mood produces greater mental performance.

Anandamide may be a very powerful chemical that is associated with neurogenesis especially in the elderly. Scientists had a belief that neurogenesis i.e. the growth of new cells of the brain only took place in the adolescents and the youths until recently.

Currently, it’s very clear that neurogenesis continues even into adulthood. It’s also known that the better we enhance it, the lower the risks we get of the neurodegenerative problems e.g. dementia and memory issues.  Anandamide effects in enhancing the development of brain nerve cells can be felt even during an advanced age.

Anandamide role in sexual is also supported by its ability to improve your mood. It also relieves anxiety boosting your sexual desire. 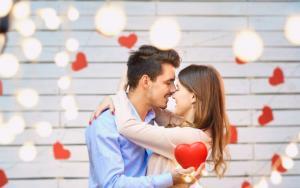 Anandamide uses are not limited to those associated with a feeling of happiness only. Anandamide(AEA) may also lower vomiting and nausea. Anandamide function with serotonin to achieve this noble task. This makes them be used as antiemetic drugs during chemotherapy to cancer patients.

Other significant anandamide benefits include inhibiting cell swelling and edema. It may also be useful in reversing autoimmune and inflammatory disorders.

Anandamide and the CB1 receptors have important roles in implantation and ovulation. A research found out that a successful ovulation goes hand in hand with anandamide high levels. However, for an implantation to take place, anandamide levels have to be at their lowest.

Memory is a key component to creativity. Anandamide memory improvements  helps in better gathering of information useful in creation of new ideas. One study indicated that rats with deficits in their working memory improved these cognitive measures with anandamide supplement only.

It’s very clear out of this evidence that anandamide interacts with the working memory and various mechanisms too. The change is proven scientifically but the magnitude to healthy adults is still not known.

There are few types of foods which naturally increases your daily anandamide dosage. Below is a list of diets where you can get some anandamide in food; 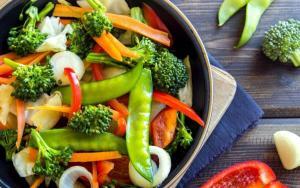 8. How to increase our Anandamide naturally?

If you’re experiencing anandamide deficiency you should consider increasing your anandamide levels directly by taking the above listed foods which are rich in AEA.

You can also boost your anandamide levels indirectly by taking the following:

CBD or Cannabidiol is a non-psychoactive compound from cannabis and hemp plants. Researchers believe CBD blocks the CB1 receptor and has the different effects of THC. They say that CBD has an indirect effect by inhibiting FAAH and boosting CB1 receptors.

Palmitoylethanolamide  is a naturally occurring compound which enhance activity of anandamide.

PEA can be isolated from peanut meal, soybean lecithin, and egg yolk, to create supplements

9.  What are the undesirable consequences of too high or low Anandamide levels?

Research done on rats suggests that too high AEA may cause negative anandamide effects since it may increase the appetite. In fact, some scientists believe that too high anandamide levels, may play a crucial role in the obesity development.

Jaggar SI, Sellaturay S, Rice AS. The endogenous cannabinoid anandamide, but not the CB2 ligand palmitoylethanolamide, prevents the viscero-visceral hyper-reflexia associated with inflammation of the rat urinary bladder. Neurosci Lett. 1998;253 (2):123–126.

Jaggar SI, Sellaturay S, Rice AS. The endogenous cannabinoid anandamide, but not the CB2 ligand palmitoylethanolamide, prevents the viscero-visceral hyper-reflexia associated with inflammation of the rat urinary bladder. Neurosci Lett. 1998;253 (2):123–126.